Seeing as the Peach palette released by Too Faced last summer didn’t really interest me that much, I wasn’t that excited for the Peach collection – until I spotted Papa Don’t Peach, the peach-infused blush that I was almost obsessed with getting my hands on.

There was a whole lot of confusion with the release dates for the collection over here in the UK – I believe everything was released a month later than originally planned…? – but either way I’ve been waiting so long to get hold of Papa Don’t Peach, and I finally have it and am ready to review it for you all! 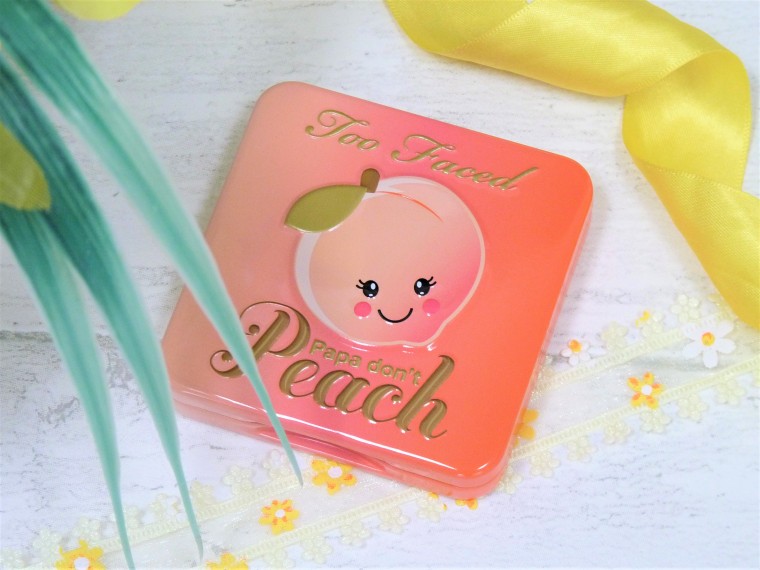 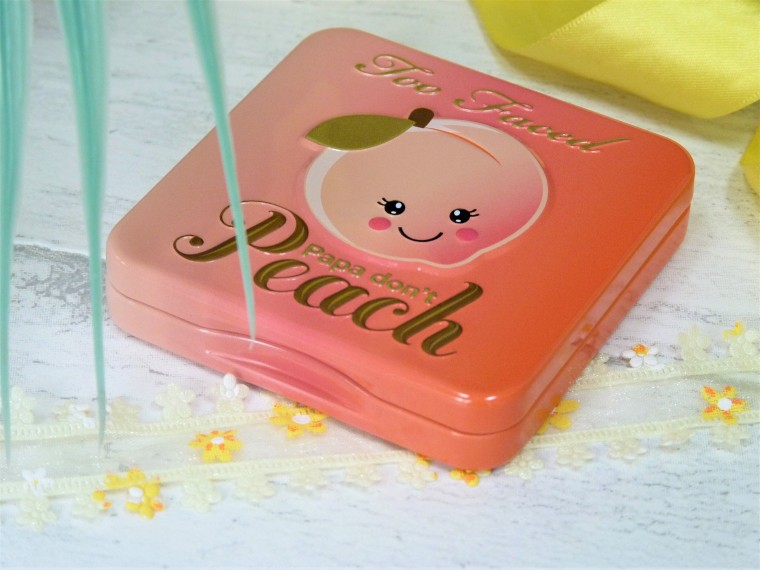 I’ve got to say – how adorable is this packaging?!

This is actually my first ever Too Faced product, and the packaging has well and truly had me fall in love with them as a brand! It’s peach in colour so it matches with the rest of the Peach collection, and it’s tin which I thought was quite unique – most blushers tend to be in plastic packaging, so I think using tin instead adds a little more of a high-end touch. It has a magnetic close which doesn’t feel very stable, however; I’d say this one is to be put back in its box/carefully positioned in your makeup bag as to avoid the packaging or the actual product inside getting damaged.

Too Faced is a higher end brand, so of course this wasn’t going to be cheap – £25 for a blusher is rather expensive! You do, however, get 9g of product, which is a fair amount. Benefit Box Powders are £23.50 for only 5g, so I do think that Papa Don’t Peach is priced fairly reasonably. 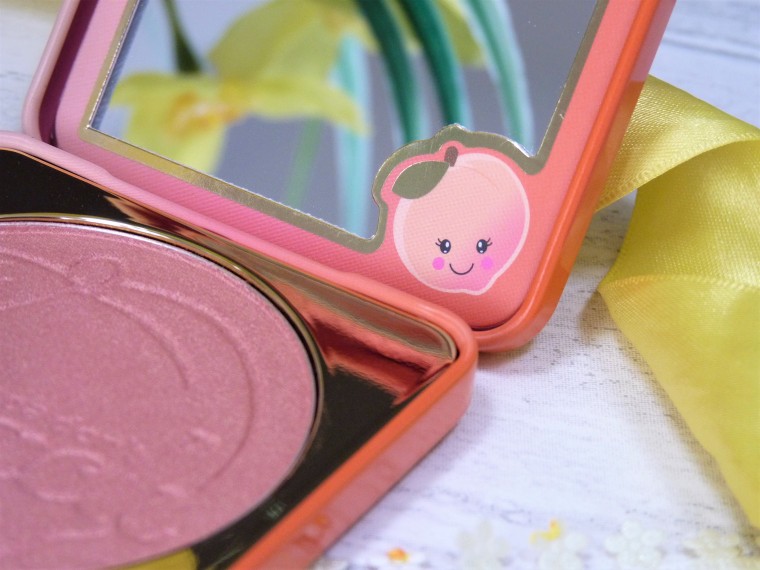 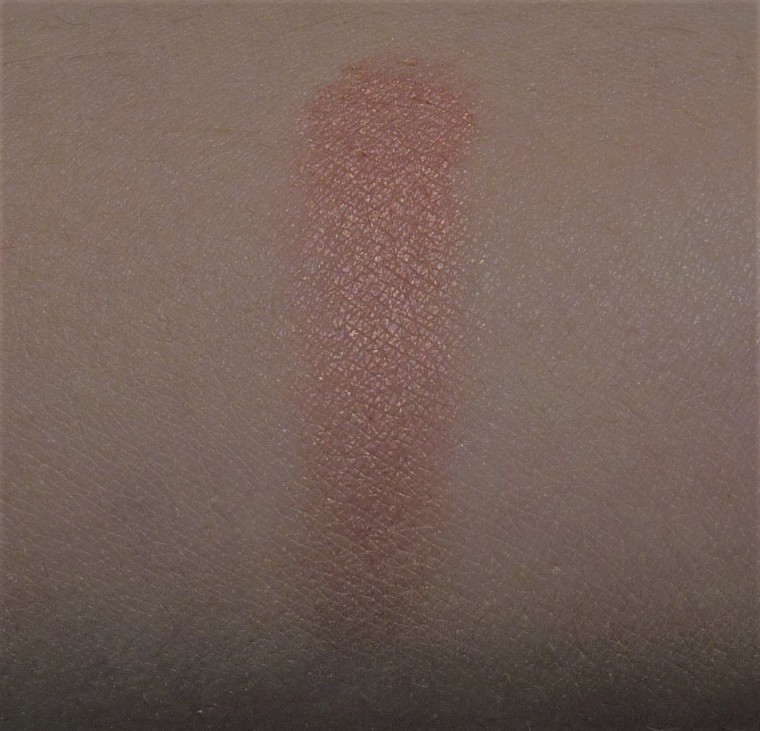 I absolutely love the shade of this blusher. It’s a perfect mix between peach and pink – something which can be quite hard to get a good balance between! I personally find Benefit’s Coralista for example to be a little too orangey whereas this is more on the pink side so is more wearable.

I found the blusher to be buildable and it has a golden shimmer running through it which adds some life and glow into your cheeks. It does have quite a powdery texture – upon first applying it I could sort of see it sitting on my skin – but after a spritz of Fix+ or just allowing it to warm up on your skin for a wee while it looked much more natural. It lasted quite well on me with colour still being there after a full day of wear and tear!

Overall I really like the colour and think it works really well with my yellow-undertoned skin, but I do think that the texture was a little powdery. Despite that it’s still definitely going to be a blusher that gets plenty of use through spring/summer time, and the glow it gave my skin was really natural and dewy! Plus, the cute packaging is a huge bonus.

Papa Don’t Peach is exclusive to Selfridges if you fancy getting your hands on it!

Have you tried anything from Too Faced?

Hi! I'm El. I hide behind my keyboard to share my love of lipstick and pretty things. Follow me on social media: 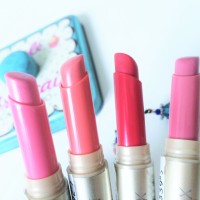